Professionals in their Fields

All Instructors at Commonwealth Criminal Justice Academy are active security professionals. Our instructors not only teach the material but also practice it in the field. This provides the student with the ability to get text book information that has been tempered in real world experience. 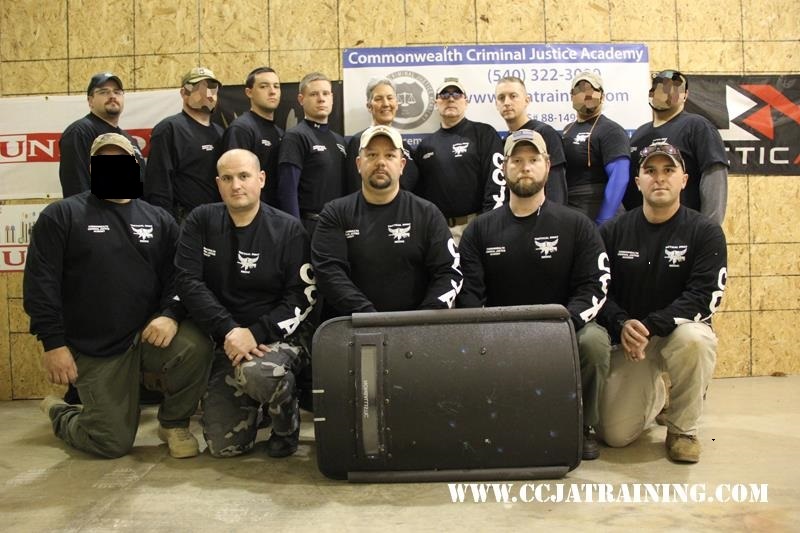 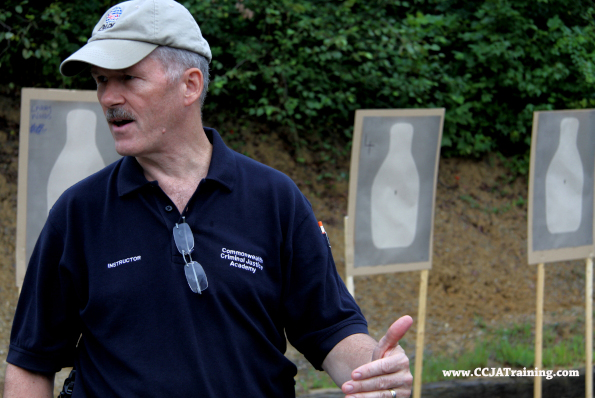 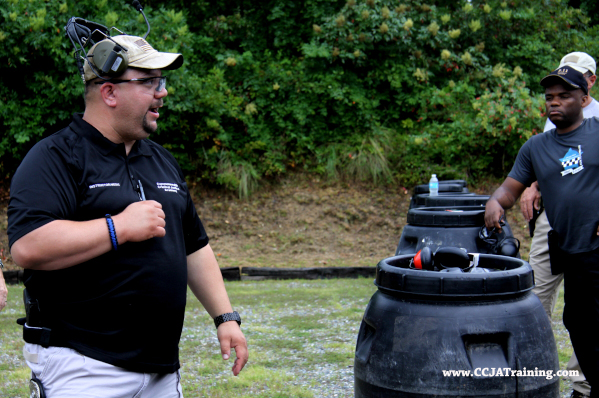 Kyoshi Weekley has spent close to 30 years training, mastering and teaching the martial arts. He began his martial arts career while studying for a degree in criminal justice. As he traveled around in pursuit of a career in law enforcement, he was able to sample many different martial arts before discovering Ninpo Tai Jutsu. This was to become a life changing discovery.

During his years of training he was a personal student for 17 years of both Sensei Chadwick Minge and Grandmaster Shoto Tanemura of the Genbukan Ninpo/Ninjutsu Traditions, where he learned the arts of the Ninja, Jujutsu and many other family lines of martial arts. During his last trip to Japan, Kyoshi Weekley tested for and received his certification and title of Kyoshi, (Master Teacher), from Soke Tanemura.

Kyoshi Weekley resigned from the Genbukan organization in 2004, but continues to advance his training in the arts of Ninjutsu, Jujutsu, Mixed Martial Arts, Krav Maga, Extreme Close Quarters Combat, Combatives, Defensive Tactics and Tactical Firearms. He has trained on 5 of the 7 continents, teaching and training with schools in Japan, Thailand, China, Mexico, Australia, England, Spain, Greece, Jamaica, Bermuda and across the United States.

Kyoshi Weekley opened his first dojo in Parker, Colorado in February of 1992. He continues to teach at this school and at his dojo in Elizabeth, Colorado as well as travelling the world teaching defensive tactics, combatives, firearms, and personal defense. Kyoshi Weekley is dedicated to educating people about the great benefits that the martial arts have to offer, and to helping martial artists and martial arts instructors become better at what they do. To this end, he has created one of the best martial arts curriculums available today. In addition to his martial arts training, Kyoshi Weekley is also trained as a doctor of Oriental Medicine, a certified rescue diver, certified as a personal trainer, a pistol, rifle, shotgun firearms instructor and is a successful author of several books on Martial Arts, Fitness, Business, and Child Safety.

2010 to Present, Kyoshi Weekley has been on the East Coast instructing military contractors in various, job specific, skills including firearms and Defensive Tactics.

Mr. O’Neill has over fourteen years of law enforcement experience. He is a nine year law enforcement veteran and former Army Military Police Officer. During his career he has been involved in every type of criminal investigation at the local, state and federal levels. Jeff has served as a Detective, a member of the U.S. Marshal Fugitive Task Force and has served as a team member of SWAT. He has graduated both Federal and State Police Academy’s along with holding several certifications such as General Instructor, Field Training Officer, Basic and Advanced SWAT, FBI Field Evidence Technician, Detective Level I and several other advanced evidence collection schools. Since 2009, Jeff has been an NRA Law Enforcement Instructor for Handgun and Shotgun. He is also a Civilian NRA Instructor certified in Pistol and Shotgun, Home Firearm Safety and Personal Protection in the home.

Mr. Hibbard graduated from Indiana University of Pennsylvania with a Bachelor of Science in education. He became a full time Nationally Certified Paramedic and a volunteer Firefighter/Medic in the state of Pennsylvania, and later a Paramedic in the Commonwealth of Virginia. He used his background in education to become a certified instructor for several advanced and basics medical classes. After joining Law Enforcement as an Officer for the Metropolitan Police Department in 2003, he expanded his instructor training to certifications in Vehicle Skills Instruction, Mountain Bike instruction, National Rifle Association Law Enforcement Hand and Shotgun Instruction, Virginia Department of Criminal Justice Services instruction, as well as CPR, AED, and Basic First Aid Instruction. He has been assigned to the Security Officers Management Branch since 2013 as a Firearms Instructor Coordinator, and has extensive knowledge regarding firearms instruction. With over 16 years of Law Enforcement experience and a total of almost 10 years of Fire/EMS experience, along with extensive instructorship experience, Mr. Hibbard is an asset to our instructional team.

Sandra has been a Registered Nurse in the Spotsylvania, Fredericksburg, Fauquier area for 28 years. She earned her Associates in Applied Science in Nursing Degree from Germanna Community College in 1994. Later in her nursing career pursued her Bachelor of Science in Nursing at Old Dominion University. Presently working on her Master’s in Education at American Sentinel University.

Drawing on her multiple experiences as an ICU/critical care nurse, Cardiac Cath lab/Holding/Electrophysiology nurse, Kidney-Smart Educator, ACLS instructor, as well as being a BLS instructor, has taught and coordinated numerous basic and advanced levels of medical courses. Opened and ran multiple peritoneal outpatient dialysis units in Virginia and Maryland, as well as opening and running a 23-hour observation chest pain unit in the Emergency Department at Mary Washington Hospital in the early-2000’s. Sandra currently works full-time as Lead EMS Education Coordinator at Commonwealth Criminal Justice Academy.

Tamara earned an Associate’s Degree in Emergency Medical Services through Northern Virginia Community College. With 11 years of experience in the field as a 911 medic, she currently serves as Operations Captain and Training Coordinator for Richmond County Department of Emergency Services. She received her Education Coordinator certification with the Virginia Office of EMS in 2010 and is also an American Safety & Health Institute (ASHI) instructor.

Mr. Bartlett served as a US Army combat engineer prior to his service in emergency services with multiple overseas taskings. In the mid-2010 he returned to Virginia and earned his EMT, Advanced EMT and began service with Fredericksburg Rescue in an urban 911 setting. He attained his VA Education Coordinator in 2015 and began teaching EMT for state and National Registry while serving as the department Training Lieutenant.